Deosai is a combination of two words “Deo” which means giants and “Sai” which means Shadow. For centuries this place has been known to be haunted by giants, hence, the name ‘Land of Giants’. What attracts the tourists the most is the lush greenery, far sightings of the mountains and the unpredictability of its weather. One minute the sun is shining bright and the next, the day is overcast followed by a thunderstorm. It is also recorded to have snowed in the summer. These plains have had a deafening silence for centuries, so deep a person can hear his heart beat inside his chest.

A lot of myths surround this beautiful lake located in Punjab, but one of them is very popular amongst the locals; it is said that it is a teardrop of Lord Shiva mourning the death of his wife Satti. Attabad Lake is one such invigorating place where tourists can enjoy a boat ride and look at the beautiful snow topped mountains and landscapes turning a simple boat ride into a memorable experience.

This is one of Balochistan’s most exotic and beautiful travel destinations. Within this park are various go-to places such as the world famous mud volcanoes, breathtakingly beautiful Kund Malir beach, Princess of Hope, Natural Sphinx and Temples of Hinglaj Mata. The park includes the estuary of the Hingol River which supports a significant diversity of bird and fish species. It also has a fantastic scenery of towering cliffs, pinnacles and buttresses with the river winding in between.

Approximately a 2.5 hour drive from Gilgit lies ‘heaven on the earth’ as described by the natives. Naltar Valley owns up to this description because of the presence of exotic lakes and forests which seem too magnificent to be real. The ski resorts are an added beauty. Naltar Valley is home to an architectural array of tall pine trees and 7 colorful lakes. The lakes make a unique display of the 7 colors of the rainbow when reflected. Now wouldn’t every tourist fall in love with it? In addition, Ski competitions are held annually at Naltar under the supervision of The Pakistan Air Force (PAF). 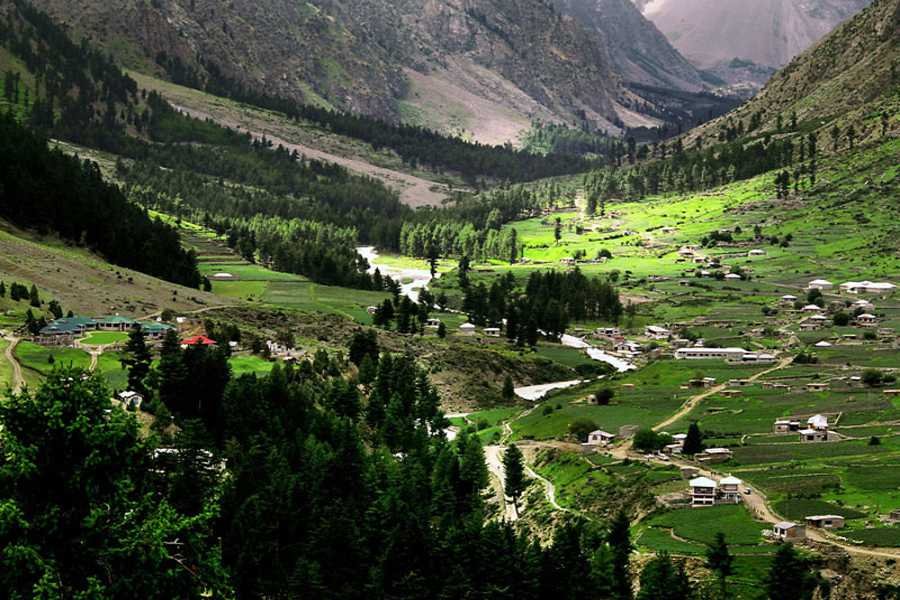 It is a beautiful hidden sanctuary located in the middle of Khuzdar District in Balochistan. It is isolated and utterly sublime, surrounded by lush greenery, tall grey cliffs and cascading waterfalls. The place is known for its hot springs, bubbling streams, huge mountains, textured rocks and magical waterfalls. It is a delightful place for tourists to visit in every season of the year. 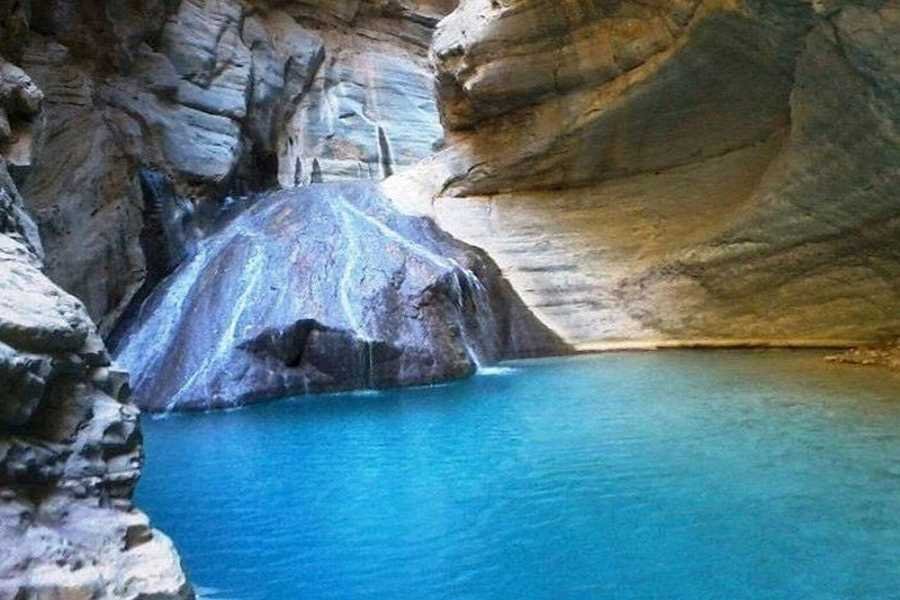 This man-made lake located a little far away from Quetta, also known as “the Jewel in the Crown of Balochistan”, is one of the most beautiful lakes in Pakistan. The ideal time of the year to visit the lake is during the cold seasons when the lake is mostly covered in snow making it supremely attractive. The lake has boats available making it easier for the tourists to view the scenery ever more closely.

“Paye” is a local word which means grazing. Paye is a lush green meadow located 6 km away from Shogran. In the season of Spring, flowers of different colors bloom making it a magnificent sight for the tourists. In Winter, the green meadows become wide meadows of snow. “Siri” means lake. During the Winter, the lake is completely frozen in such a way that it can be walked over by many people at one time. 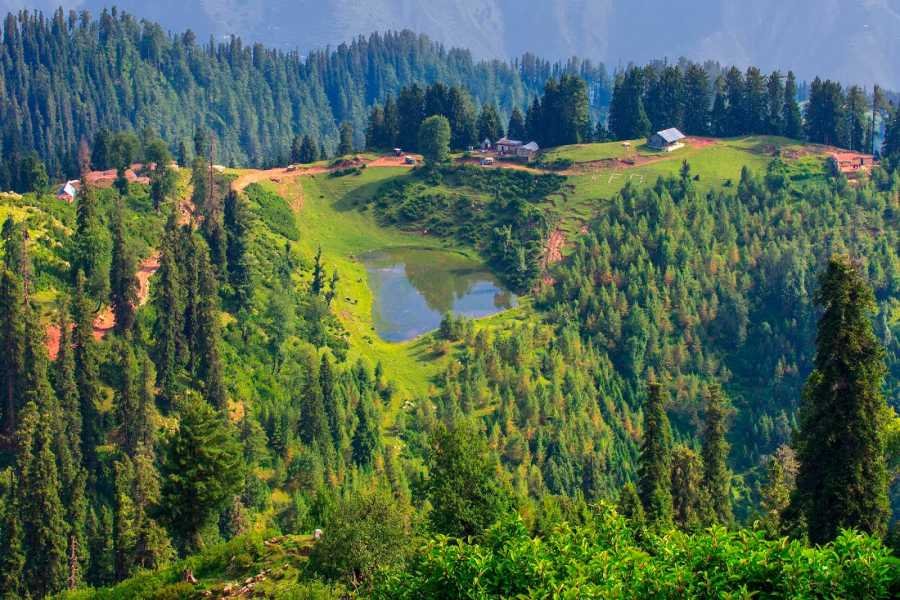 This mighty beautiful mountain is located in the Tharparkar region of Sindh. Apart from its beautiful texture, colour and lush greenery in the middle of the desert, it is also famous for its plants that have high medicinal values. The mountain is rich with minerals. What makes it a sight for the tourists is the fact that it is the only vegetated region in the heart of the desert. 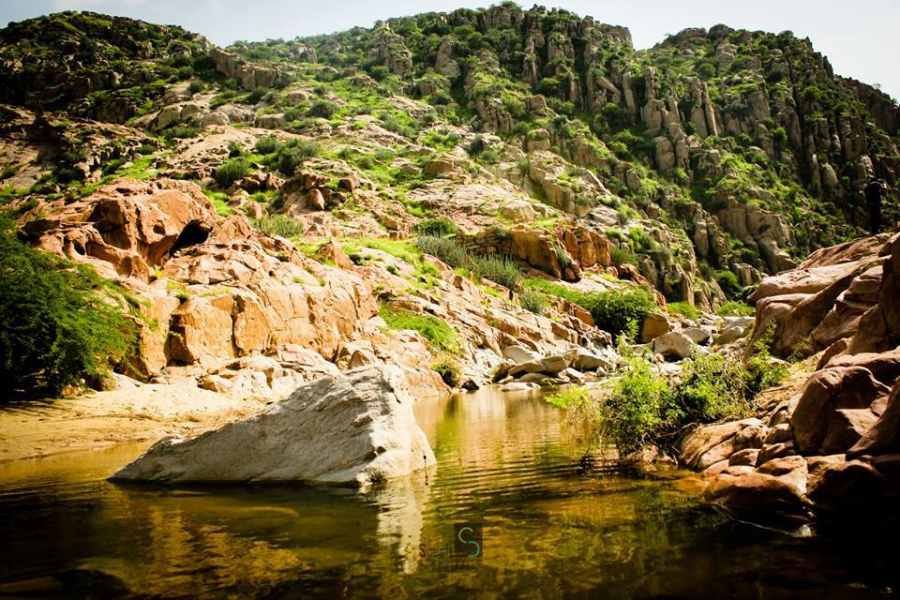 Lukpe Lawo also known as the “Snow Lake” is a glacial basin located in the confluence of the iafo Hispar glacier in the Central Karakoram National Park in northern Pakistan. Lakes are often called the “mirrors of mountains”, however, Lukpe Lawo is known as the lake that does not reflect anything because its water is completely frozen. People from all around the world visit the lake for its beauty during the night; the Milky Way is visible in all its grace. 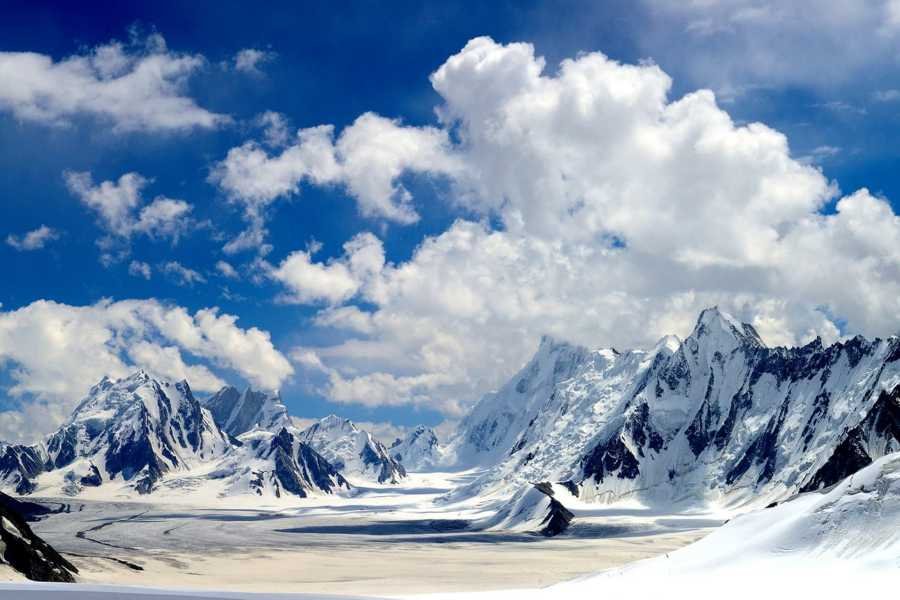