“General Qamar Javed Bajwa is appointed Chief of Army Staff for another term of three years from the date of completion of current tenure,” a letter signed by the prime minister said.

The decision has been taken in light of recent regional security situation. 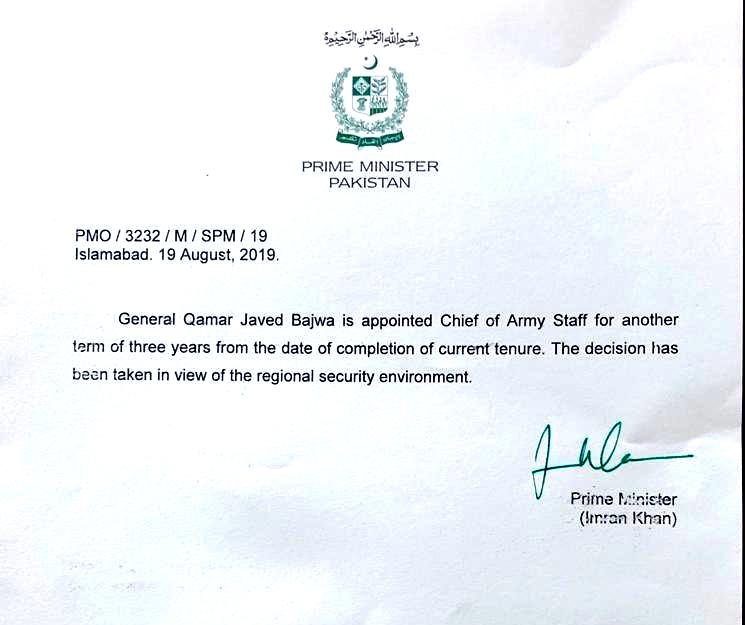 General Bajwa was appointed Army Chief of Pakistan in 2016. In the past the COAS has held crucial posts of the Corps Commander Rawalpindi and Inspector General of Training and Evaluation at GHQ.