Highest Mountains to Climb in Pakistan

Do you know Pakistan is home to 4 out the 10 highest peaks on the planet? And in the past couple of years it has become one of the most favorite destinations for mountain climbers. With the government finally taking tourism seriously and hundreds of foreigners flocking to climb these mountains every month; these marvels are getting the credit that they deserve. 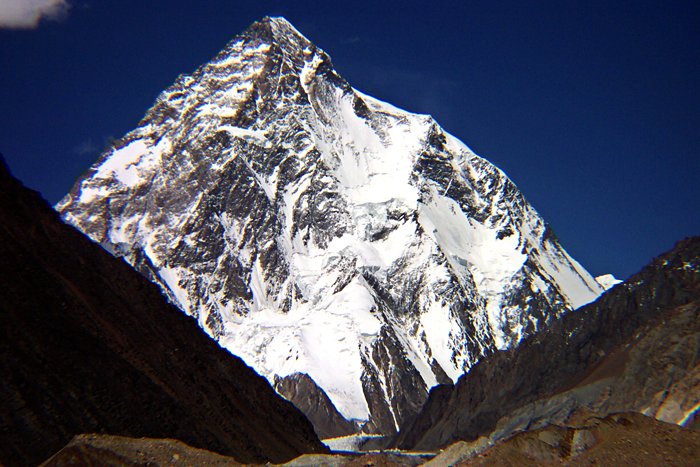 This snow covered mountain is also known as Mount Godwin-Austin. The second highest peak in the world . It is the 2nd most difficult peak to climb and is also known as Savage Mountain . It can’t be climbed in winter due to its deadly weather. It is better to be seen far away as proper equipment is required to climb it and amazing skills too.

It is present in between the Pakistan China border 8 km away from K2. It is the 12th highest peak in the world . The mountain has many peaks on it ranging above 8000m . The view is amazing in pictures only as the path to get to the mountain is quite rough and you have to make every single step count but if you make it, the view when it comes in your vision is phenomenal.

It is the highest mountain in Hindu Kush which can be seen from Chitral city . It is quite easily accessible as there are small towns in the way to it and the terrain isn’t that harsh . It casts a big shadow on Wakhan side and is always covered in snow.

This is quite a mountain as it has ascends at different levels and make it looks like a staircase if seen from the sky. It has 5 ascends making them look like steps of a staircase. Limited number of expedition have been done as part of the mountain is made of limestone and is quite difficult to get there. The mountain is 7 km from K2.

It is the third highest peak in Hindu Kush range. Istor-o-Nal is near Trich Mir and can be seen from Trich village and other small villages nearby. It has 11 peaks in the mountains highest in any mountain in Pakistan.